In some states there are actual laws which encourage diversion and downgrading to a less serious offense and sometimes even dismissal of a shoplifting complaint prior to trial. Here in California, where shoplifting is viewed very seriously, outright dismissals and downgrading to lesser charges are also possible – but it is done “old school.” It requires a competent criminal defense attorney to approach the prosecutors on your behalf to present your side of the case, challenge the evidence, poke holes in the states case, or if the state’s case is really strong, show the prosecutor that you are remorseful and that you have already taken certain steps that put you in a more favorable light that will often enable your attorney to get the charges dismissed, or downgraded. This is a critical step in your defense and one that folks who attempt to go-it-alone without an attorney cannot take advantage of – as they simply do not understand how the legal system works.

You may be surprised to learn I am often successful in having the shoplifting complaint completely dismissed. This too is old school and more a process of one-on-one persuasion rather than an actual legal defense. Other times, I am able to get a case dismissed as I point out that the prosecutor could make his/her case if you showed up in court on your own – but you are not on your own! I point out obvious weaknesses of the prosecutor’s case and how difficult it will be for the prosecutor to effectively prove their case with a competent attorney challenging them.

In such cases, the prosecutor would often rather negotiate than have a chance of loosing a case in court and having his or her record tarnished. Most prosecutors have career and political ambitions and they would rather negotiate wobbler cases in the privacy of their offices rather than take the slightest chance of suffering a loss in court.

My former clients will be the first to share that having a competent Criminal Defense Attorney on your side can be very effective. You as the defendant can only dig yourself into a deeper hole attempting to negotiate with the store, or the police in the days immediately following your arrest. The same goes for the prosecutor and in court.

However, when you have an attorney as your spokesperson and advocate, the game changes dramatically. You attorney can and will open channels of negotiation, behind the scenes on your behalf. I can often resolve many shoplifting cases before any actual trial. Frequently I can downgrade a very serious theft charge down to a municipal ordinance violation. Such a reduced charge results in no criminal record and represents an excellent opportunity for a favorable outcome.

A Shoplifting Defense Attorney Can Get you the Best Possible Outcome

The ultimate goal in every Shoplifting Case is to obtain a dismissal. I will pursue this if your case warrants it. If the case against you is rock solid or this is a multiple offense and the prosecutor and court are gunning for you, it is still possible to seek and often prevail in downgrading the shoplifting charges to a lesser offense. Such Pretrial Intervention is a course of action which I will use on every case where the the situation presents such an opportunity. 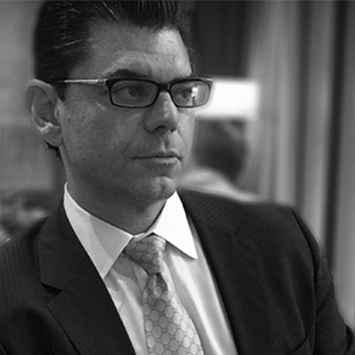